VACCINES AND IMMUNIZATION: THE FUNDAMENTALS - PART 1 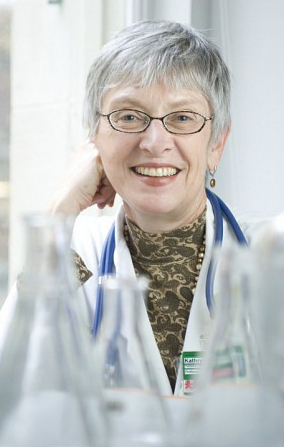 Dr. Edwards is a professor of Pediatrics in the division of infectious diseases at Vanderbilt University School of Medicine. She has spent much of her career evaluating the safety and effectiveness of vaccines. She received funding from the National Institutes of Health (NIH) to evaluate the influenza vaccine in 3,000 children and adults immunized each year for five years. She also received two grants from the Centers for Disease Control and Prevention (CDC) to investigate the safety and effectiveness of routine vaccination in population-based studies in Nashville’s Davidson County.

In 1990, Dr. Edwards coordinated and served as principal investigator of an NIH-funded, multi-center study of 13 highly purified acellular pertussis vaccines in over 2,000 infants. She has also received additional NIH funding to evaluate the immunogenicity and safety of various Haemophilus influenzae type b vaccines, Streptococcus pneumoniae vaccines and vaccines containing multiple antigens. Most recently, she has been investigating avian influenza vaccine candidates. 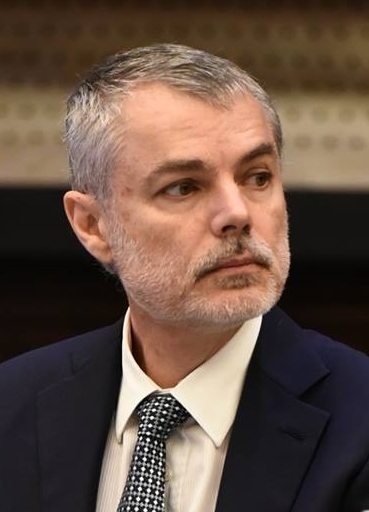 For almost 30 years, he has worked at the “Alessandrescu-Rusescu” National Institute for Mother and Child Health of Romania (IMCHR) as a member of various medical teams [Emergency Department, Intensive Care Unit, and Respiratory Diseases Unit]. He has been a scholar in the Pediatric Department of Carol Davila Medical University of Bucharest since 1991.  In 2012 he was appointed Associate Professor and Head of the 2nd Pediatric Clinic of IMCHR.

Dr. Craiu has received numerous awards and appreciations for his communication skills and professional performance including commendations by two National Societies. He was served as a board member for the National Society of Pediatrics since 2013 and the National Society of Pediatric Respiratory Diseases since 2010.  He is the founder of a Social Media educational project (registered as trademark "Spitalul Virtual pentru Copii" - SVC®) that has more than 196,000 followers, both parents and physicians. The impact of SVC® in changing the landscape of communication and education, in Romanian language, was recognized by a Special prize of the jury, at COPAC 2017 Gala (national medical communication contest), and by the first prize in the 7th European Communication Contest Vaccines Champions in 2018. He has served as a collaborator in the Coalition for Life-Course Immunisation (CLCI) since 2019, developing multiple vaccine-related educational papers in Romanian language. His work was recognized in the 2019 WHO Report on Regional and Local Activities (Highlights of European Immunization Week, 2019), in the Vaccine Heroes area. 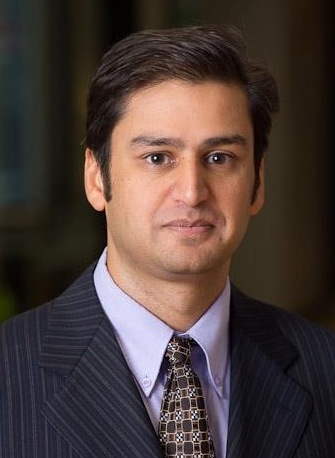 Dr. Adalja’s work is focused on emerging infectious disease, pandemic preparedness, and biosecurity. He has served on US government panels tasked with developing guidelines for the treatment of plague, botulism, and anthrax in mass casualty settings and the system of care for infectious disease emergencies, and as an external advisor to the New York City Health and Hospital Emergency Management Highly Infectious Disease training program, as well as on a FEMA working group on nuclear disaster recovery. He is currently a member of the Infectious Diseases Society of America’s (IDSA) Precision Medicine working group and is one of their media spokespersons; he previously served on their public health and diagnostics committees. Dr. Adalja is a member of the American College of Emergency Physicians Pennsylvania Chapter’s EMS & Terrorism and Disaster Preparedness Committee as well as the Allegheny County Medical Reserve Corps. He was formerly a member of the National Quality Forum’s Infectious Disease Standing Committee and the US Department of Health and Human Services’ National Disaster Medical System, with which he was deployed to Haiti after the 2010 earthquake; he was also selected for their mobile acute care strike team.

Dr. Adalja’s expertise is frequently sought by international and national media. He is an Associate Editor of the journal Health Security. He was a coeditor of the volume Global Catastrophic Biological Risks, a contributing author for the Handbook of Bioterrorism and Disaster Medicine, the Emergency Medicine CorePendium, Clinical Microbiology Made Ridiculously Simple, UpToDate’s section on biological terrorism, and a NATO volume on bioterrorism. He has also published in such journals as the New England Journal of Medicine, the Journal of Infectious Diseases, Clinical Infectious Diseases, Emerging Infectious Diseases, and the Annals of Emergency Medicine.
Dr. Adalja is a Fellow of the Infectious Diseases Society of America, the American College of Physicians, and the American College of Emergency Physicians. He is a member of various medical societies, including the American Medical Association, the HIV Medicine Association, and the Society of Critical Care Medicine. He is a board-certified physician in internal medicine, emergency medicine, infectious diseases, and critical care medicine. 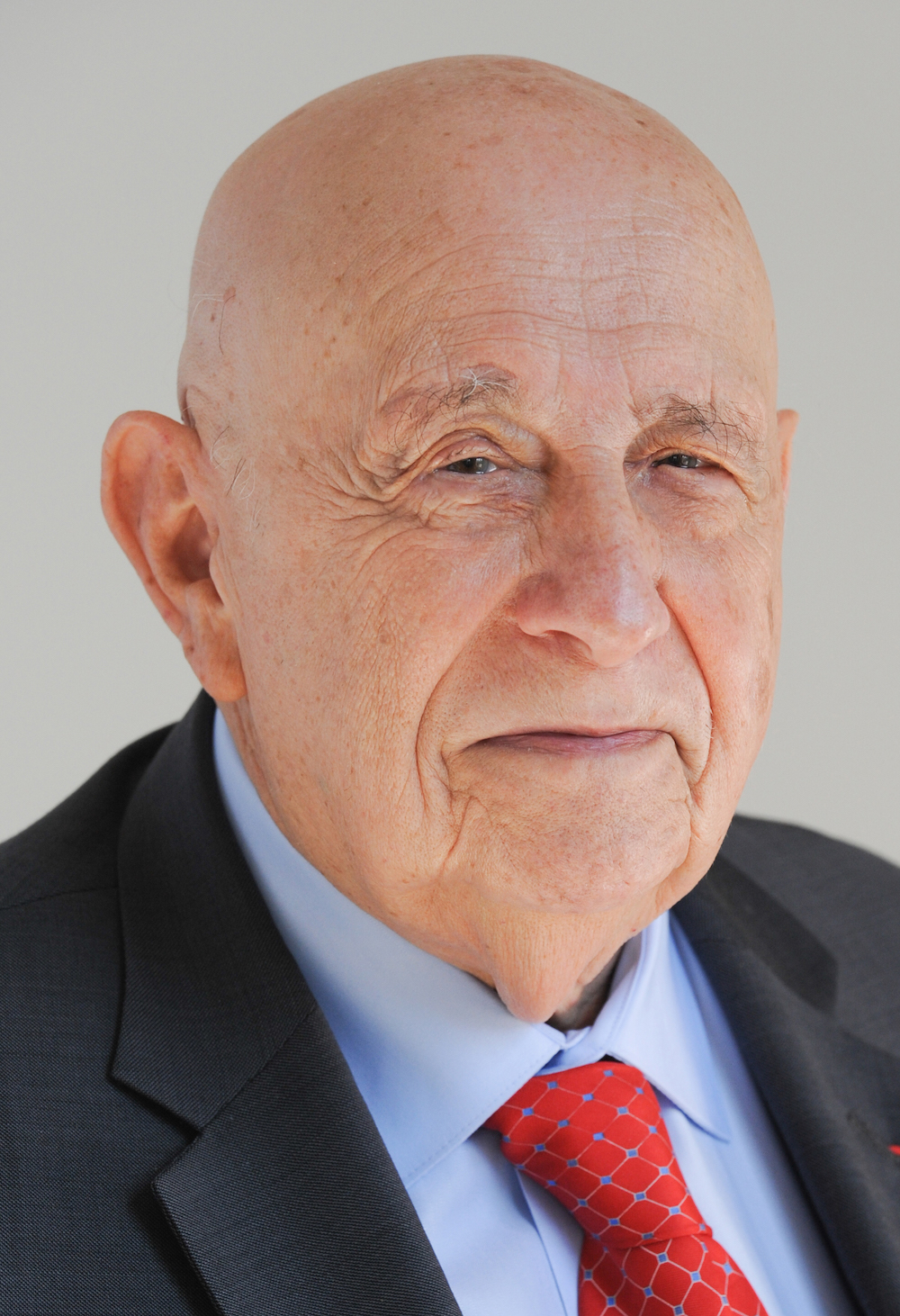 Until 1991, he was Professor of Pediatrics and Microbiology at the University of Pennsylvania, Professor of Virology at the Wistar Institute and at the same time, Director of Infectious Diseases and Senior Physician at the Children’s Hospital of Philadelphia.  In 1991, Dr. Plotkin left the University to join the vaccine manufacturer, Pasteur-Mérieux-Connaught, where for seven years he was Medical and Scientific Director, based at Marnes-la-Coquette, outside Paris.  The same company is now named Sanofi Pasteur.  He is now consultant to vaccine manufacturers, biotechnology companies and non-profit research organizations as principal of Vaxconsult, LLC.

Dr. Plotkin attended New York University, where he received a B.A. degree, and then the State University of New York Medical School in Brooklyn, where he received an M.D. degree in 1956.  His subsequent career included internship at Cleveland Metropolitan General Hospital, residency in pediatrics at Children’s Hospital of Philadelphia and the Hospital for Sick Children in London and three years in the Epidemic Intelligence Service of the Centers for Disease Control of the US Public Health Service.

He has been chairman of the Infectious Diseases Committee and the AIDS Task Force of the American Academy of Pediatrics, liaison member of the Advisory Committee on Immunization Practices and Chairman of the Microbiology and Infectious Diseases Research Committee of the National Institutes of Health.  Dr. Plotkin received the Bruce Medal in Preventive Medicine of the American College of Physicians, the Distinguished Physician Award of the Pediatric Infectious Diseases Society, the Clinical Virology Award of the Pan American Society for Clinical Virology, the Richard Day Master Teacher in Pediatrics Award of the Alumni Association of New York Downstate Medical College, and the Marshall Award of the European Society for Pediatric Infectious Diseases.  In June 1998, he received the French Legion of Honor Medal; in June 2001, the Distinguished Alumnus Award of the Children’s Hospital of Philadelphia, in September 2006 the gold medal from the same hospital; the Sabin Gold Medal in May 2002, in September 2004 the Fleming (Bristol) Award of the Infectious Diseases Society of America, in May 2007 the medal of the Fondation Mérieux, and in 2009 the Finland Award of the National Foundation for Infectious Diseases and the Hilleman Award of the American Society for Microbiology. He was elected to the Institute of Medicine of the National Academy of Sciences in 2005 and to the French Academy of Medicine in 2007. Dr. Plotkin holds honorary doctoral degrees from the University of Rouen (France) and the Complutense University of Madrid (Spain). Named lectures in his honor have been established at the Pediatric Academic Societies annual meeting and at the International Advanced Vaccinology Course in Annecy, France.  His bibliography includes nearly 700 articles and he has edited several books including the standard textbook on vaccines, now in its 5th edition.  He developed the rubella vaccine now in standard use throughout the world, is co-developer of the pentavalent rotavirus vaccine, and has worked extensively on the development and application of other vaccines including anthrax, oral polio, rabies, varicella, and cytomegalovirus.

PLEASE NOTE: COMPLETION OF THIS ACTIVITY DOES NOT PROVIDE CME/CE CREDITS.

Vaccines represent one of the most important health interventions developed to date, possessing the ability to vastly alter the trajectory of human health. Vaccine coverage has expanded significantly around the globe, saving millions of lives and improving outcomes beyond health to positively influence individual and societal stability and prosperity. However, despite this tremendous progress, additional steps are needed to reach the millions of people who remain unvaccinated and under-vaccinated. Overcoming barriers to broad immunization requires a thorough understanding of modern vaccine science, optimal clinical practice, the impact of vaccine hesitancy and other causes of suboptimal vaccine coverage.

This activity is designed to assist learners in reviewing the fundamental aspects of vaccine science including manufacturing and quality assurance practices, clinical immunization practices and barriers to achieving optimal vaccine coverage.

This activity will cover topics such as:

Schedule an event with a Standardized Patient